It looks like Air India has just become the first airline to fly an all-female crew around the world. This was on Air India’s San Francisco – New Delhi service, which is actually one of the longest flights in the world.

It’s quite an historic occasion, and comes 53 years after Geraldine “Jerrie” Mock became the first woman to fly around the world. There is still ways to go to close the gender gap (only 5.3% of commercial pilots are female), but this is certainly a step in the right direction and truly shows the progressive nature of India, especially over the past two decades. Apparently they’ve even applied to be in the Guinness Book of World Records.

Here they are taking a momentous selfie: 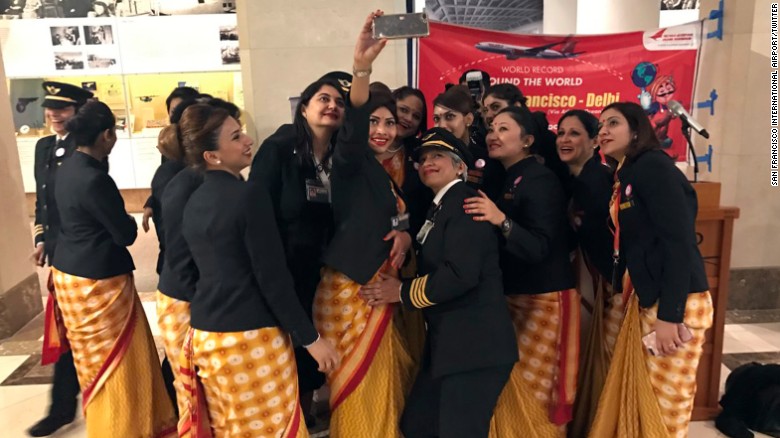 It’s nice to see Air India get some good press, especially after the stuff I’ve talked about before. Their fleet is in desperate need of an overhaul. Wishful thinking I suppose…