This is an interesting bit of information: the island of St. Helena in the South Atlantic, most notably Napoleon’s final place of exile, has finally seen its first commercial flight. The plane was an Airlink Embraer E190 from Johannesburg, South Africa, which made a stop in Windhoek, Namibia.

Previously the island had been only accessible by ship, which only came around every 3 weeks. The airport itself had a lot of delays due to the incredible cross winds, planes faced when test flights were underway. The British government even called it the “world’s most useless airport” because of how expensive it was to British taxpayers at almost 285 million GBP (60k GBP per resident of St. Helena). Here is a picture of the airport and its incredibly short runway:

The UK is subsidizing service to St. Helena in hopes of boosting tourism on the tiny island of around 5000 people. As you can see the island is quite remote. It’s almost 1200 miles off the coast of Africa, and there are really aren’t many islands in close proximity. 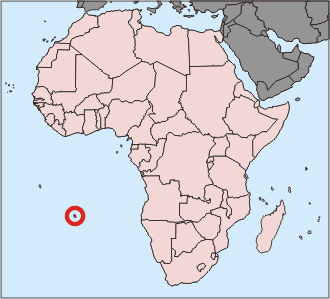 For a long time this was one of the most inaccessible islands in the world (no wonder Napoleon was sent off here). I for one am very much compelled to visit this volcanic island. How many people can say they have been to the island Napoleon was exiled to? After all, who knows how long service will last. I don’t see any redemption options, let me know if you see any 🙂

It’s really inspiring to see the world continue to get smaller with air services. Will you be making a trip to St. Helena?